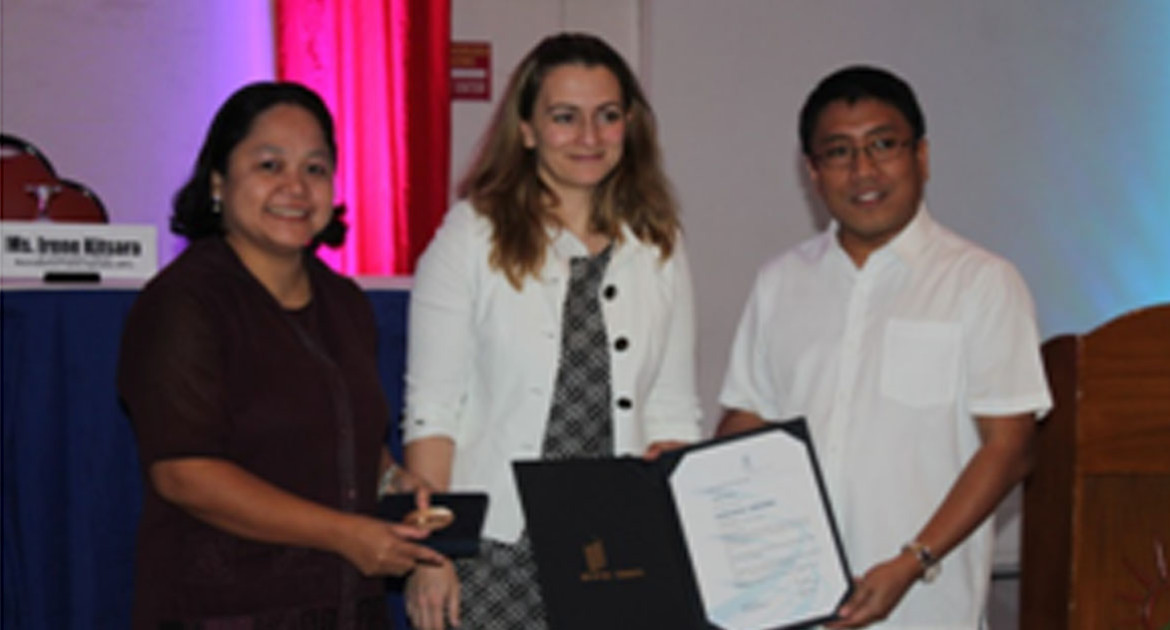 The prestigious WIPO Medal for Inventors was presented to Dr. Evelyn Taboada, Dean of the College of Engineering and BioPERC Director of the Department of Chemical Engineering, during fitting ceremonies that coincided with the 2015 ITSO Planning Workshop held at the Skylight Convention Hall, Puerto Princesa City, last 10 February.

Dr. Taboada received the gold medal from Ms. Irene Kitsara, WIPO representative, and Atty. Allan Gepty, IPOPHL OIC Director General. This is Dr. Taboada’s fourth award so far received in recognition of her contribution in harnessing the IP system, especially patents, in advancing research and innovation in the university.

By developing a process technology that converts mango wastes from the dried mango industry, Dr. Taboada helped solve one of the most pressing problems of the mango processing industry in Cebu, that is, eliminating tons of wastes that would have otherwise been sent to the dumpsites but were found to be a source of raw materials to produce commercially viable and high value products.

The Green Enviro Management Systems (GEMS), Inc. a start-up company that promotes green technology, is also a company that provides opportunities for people who are “the least, the last, and the lost”, making it the company’s priority to hire people from the poor sector of society, such as those coming from Cebu’s dumpsites. This is the life changing results of intellectual property being demystified, democratized and making it development-oriented – the 3D vision of IPOPHL given flesh and blood by USC. IPOPHL took pride of this accomplishment by USC as an Innovation and Technology Support Office (ITSO) – hosting institution.